Midnight Suns Review: I wish mediocrity was a superpower - MyFullGames
Skip to content

Midnight Suns Review: I wish mediocrity was a superpower 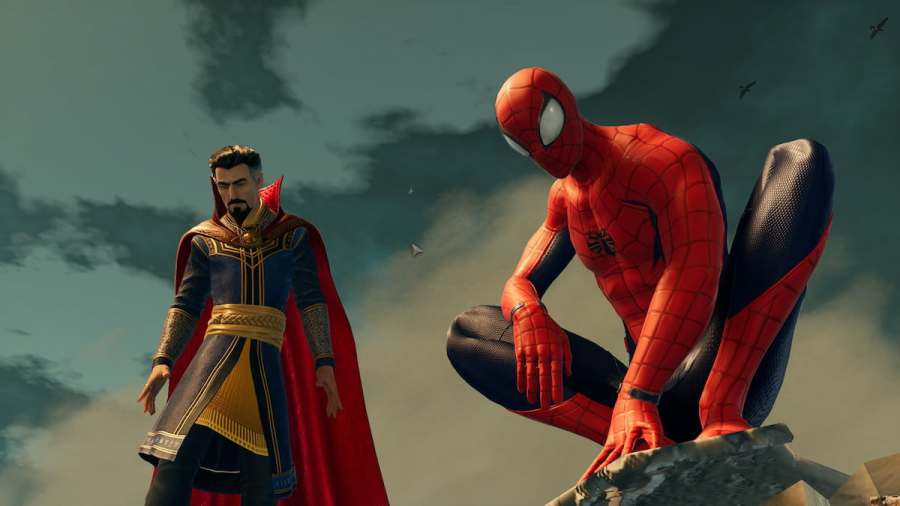 I’ve been a huge fan of XCOM-style turn-based strategy games since the ’90s, so you can imagine my delight when I heard that Firaxis was creating a game that was heavily based on those mechanics but with Marvel superheroes. This was a dream come true for me – what could be better than preparing a super squad for turn-based combat? But it turns out that Marvel’s Midnight Suns isn’t an XCOM clone, not even close.

The characters are the biggest selling point of Marvel’s Midnight Suns. It’s not every day that I get to play as a superhero and hang out with Iron Man, Blade, Spider-Man and other supers. It reminded me of Mass Effect but with more Sims-like social activities. I never really imagined I’d take Blade fishing or Scarlet Witch on mushroom-picking escapades.

While this can be a very fun and novel experience at times, it’s off-putting when some of those superheroes show up out of place. It also doesn’t help that some lines of dialogue are terrifying, at best. Sounding like a 16-year-old might fit Magik or Spider-Man, but not heroes like Tony Stark or Wolverine. For example, Doctor Strange once sent me a private message on a local superhero social network (yes, they have that!), thanking me for taking the time we spent together looking up at the night sky…

Those activities aren’t just for show though, as becoming friends with the heroes grants combat bonuses. Hanging out, organizing birthdays and solving love problems are necessary to unlock the true potential of heroes. But, making friends often felt forced to me. I had to surprise them with gifts, host movie nights, and have long one-on-one conversations. It was a necessary step to unlock the combat bonuses, but it took too much time away from action-focused combat, where superheroes and their personalities can really shine.

It took me just seconds of playing Marvel’s Midnight Suns to realize that it has nothing to do with the XCOM combat system. Although technically turn-based, the fighting in Marvel’s Midnight Suns is, in fact, a card game. I won many battles without moving heroes, since positioning was almost redundant. You can only move one hero per turn, and it’s essential only to capture better angles for some attacks. But in general, it is not that important. Also, the heroes don’t take turns in their actions, so he could play any card he wanted.

For example, he would often play three Blade cards at once, completely ignoring Doctor Strange and Spider-Man, who were part of the team. Ability cards are an exciting solution that offers more variation in combat, but more movement would have made combat feel more dynamic. He wanted to see Spider-Man using high ground and jumping on enemies from above. He just so happens that the battlefield is miniature, with randomly placed items that can be used against enemies. I’ve used them often, but I still have the feeling that combat was stuck.

I did see some of that action in Midnight Suns, but only as part of the combat animation. It had no strategic significance; they all stood still while I played the cards. It’s a shame they didn’t at least use the system seen in XCOM: Chimera Squad (also a Firaxis game), where the map is small, but the characters can move.

Related: How to Get Words of Power: Break, Open, Purify and Reveal in Marvel’s Midnight Suns

Marvel’s Midnight Suns has three major gameplay segments that make up an in-game day: a morning, a combat mission (I’m assuming that’s an afternoon affair), and an evening. Before and after the battle, you can explore the Abbey (the base of operations) and the land around it. Exploration acts as a separate minigame. In addition to solving the mysteries needed for story progression, I collected plants and other resources needed for crafting.

I personally found this segment of gameplay boring as I’m not a fan of farming or resource gathering, especially in a game where I want to spend as much time as possible with superheroes and see some action. This took me out of the experience at times, as picking flowers and mushrooms is not my view of fighting evil. On the other hand, solving mysteries was very satisfying, and the fights in Blood Gates were challenging and fun. I would love to see more puzzles in the next DLC, as those were the most interesting exploration moments.

Marvel’s Midnight Suns released in 2022, but you wouldn’t know that by looking at it. Even at 4K resolution and ultra settings, it looked like it was made in the previous decade. Not that it looks terrible, but I expect much more than “solid” from a game featuring Marvel superheroes. On the other hand, the animations are fluid, especially in combat. But then again, there isn’t much movement during battles, so it’s not very difficult to pull off.

The characters look good in combat, especially when you unlock alternate hero skins. That is also true of the excellently designed enemies. As always, it’s fun to watch the superheroes doing their special moves, though those animations do get repetitive after a while. The Abbey also fits visually as the focal point of the game. It reminded me of the Normandy ship from Mass Effect, where you could also run around and talk to your teammates. I wouldn’t call this game a visual or impressive powerhouse by any means, but it gets you where you need to go.

Verdict: An average superhero game with room to grow

Marvel’s Midnight Suns can be a fun experience if you don’t set your expectations too high. As a long-time fan of the XCOM franchise and Marvel superheroes, I wanted so much more than this strategy RPG had to offer. The combat system is excellent but it lacks the depth that similar games have. Think Slay the Spire or Monster Train, and you get the picture.

My biggest disappointment definitely came through in conversations with superheroes, as all parts sounded like teenagers in existential crisis. I also don’t feel like birding with Tony Stark is essential while a demonic witch is burning the Earth to the ground. I hope some complaints will be resolved with the next DLC. As it stands now, it’s a solid game with the potential to be much better.