How to get the Action Figure Showdown emote in Destiny 2 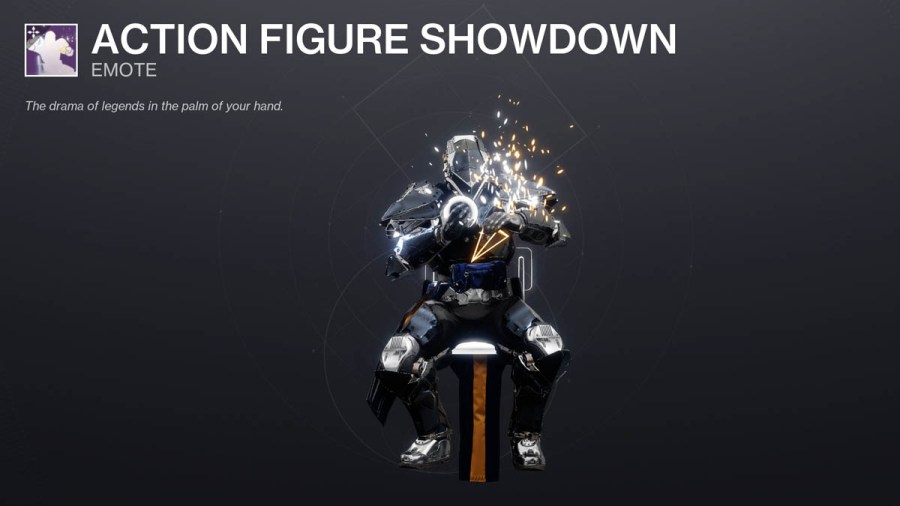 Emotes are a way for Guardians to express themselves through playful actions and displays of light. These immortal beings can use their supernatural powers to conjure up chairs, fireworks and… action figures? Why yes, starting with The Dawning 2022, the Guardians can sit and fight with tiny versions of the Traveler and a Pyramid Ship. Here’s how to add a little joy to your Guardian’s life.

Where to get the Action Figure Showdown emote in Destiny 2

This emote showing the Guardian fighting with Traveler’s Light constructs and a Pyramid Ship can only be acquired by purchasing the upgraded Event Card for Dawn. It’s one of several rewards available, including a shader, sparrow, ghost shell, and more. Five tickets are required to obtain, and tickets are acquired by completing the various triumphs contained in the Star Baker Seal.

Related: How to get the Exotic Zero Review in Destiny 2

The emote itself illuminates the battle between Light and Darkness, albeit in a comical way. The Guardian bangs the two Lightforged items against each other, just like any youngster would with a pair of action figures. But, since Bungie has a penchant for teasing upcoming events (Destiny was teased in Halo 3: ODST), there are some who wonder if this is a glimpse at events that could take place during Lightfall or beyond. What would happen if a Pyramid Ship was close enough to crash into the Traveler?