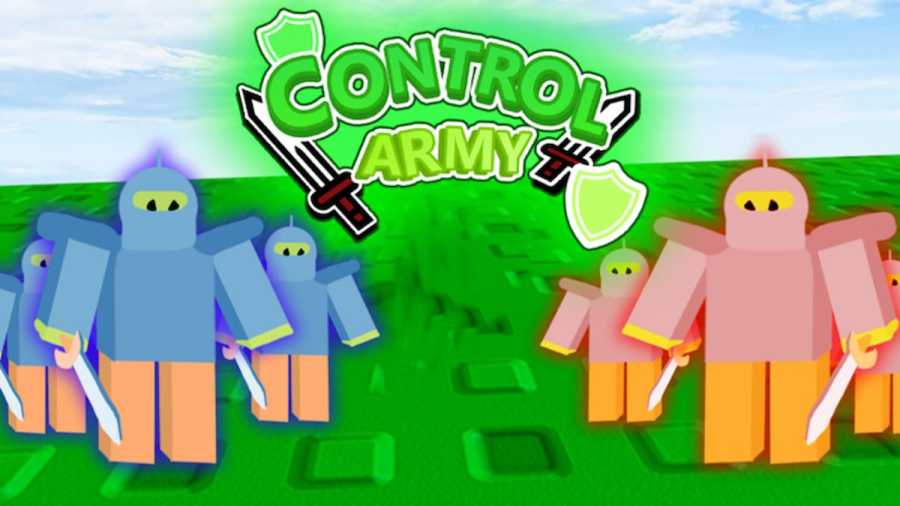 Have you ever wanted to build your castle and command your troops? Well now you can with Control Army! You start with a single troop under your command as you fight golems and collect resources by cutting down trees. But soon, you’ll be building new fortresses and amassing troops as you expand your kingdom, fight new monsters, and claim new equipment.

By using the Control Army codes that you can find in MyFullGames, you will be able to earn free gold in the game. Gold can be spent to buy new weapons and armor for your troops, new tools, equipment, and bags for yourself, plus additional troops to increase the size of your army. If you like to train your character and fight, also check out Anime Training Simulator.

These are all the Control Army codes that work.

These are expired codes for Control Army.

How to redeem codes in Control Army

Follow the instructions below to redeem codes at control army.

How can you get more Control Army codes?

If you are looking to find your own Control Army codes, you should start by joining the Control Group Army Club Roblox. And for a better chance of spotting the latest codes, follow @shkatulkahero on Twitter and join the control army discord server. On Discord, the FAQ channel usually has an up-to-date list of codes.

As always with Roblox, Control Army codes must be entered exactly as they appear here. So if one doesn’t work, first check for a typo. We suggest you cut and paste the codes directly to avoid capitalization errors or confusing a number with a letter. If you definitely have the correct code, it may have expired. But don’t worry, as we are constantly on the hunt for new Control Army codes. So please check back with us soon.

The best way to advance in Control Army is to defeat monsters. You don’t have to constantly return to your base to empty your bag and sell your resources. Additionally, monsters can drop rare items like the Golem Bow. First, get an archer as quickly as possible. Then get armor for your first army as it will act as your tank, taking hits from the monster. Also, upgrade your own tool to deal more damage. When you attack now, your tank will take the damage while you and the archer stay behind and deal ranged damage. You don’t need to upgrade your bag, as you won’t be collecting resources.

What is the Control Army?

Control Army is essentially a Roblox gathering and crafting sim, but with a medieval army theme and some PvE combat. Players share an area with up to four other players, but not PvP. It is very much a clicker game as you will not get any resources or gold if you are AFK. And lost troops are returned to you after battles without loss of resources.

If you’re looking for codes for other games, we’ve got a bunch of them in our Roblox Game Codes to post! You can also get a lot of free stuff through our Roblox Promo Codes page. And in the meantime, check out the latest news to stay up to date on all things entertainment.