Genshin Impact version 3.4 Lantern Rite event The Exquisite Night Chimes runs from January 19, 2023, to February 6, 2023, bringing a new wave of attractions and memories under the festive skies of Liyue During the event, you can take part in a plethora of activities for awesome rewards, including a new mini-game called Paper Theater. 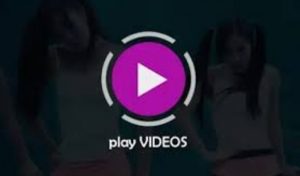 You must first complete the first anecdote of the festival called A Thousand Miles for an Enigmatic Tune, which will unlock all Lantern Rite activities. Then open the events menu, click on event detailsSelect paper theaterand start the search called Some words in the foreground. This will take you to the north pier, where you’ll get an introduction to Teatro de Papel and can start playing through various scenes.

How does Paper Theater work in Genshin Impact?

When starting a Scene, the aim will appear at the top of the screen. In the example above, it is “Enter the room”. You then need to modify the three segments at the bottom to create the required scenes, making sure the character doesn’t touch the (bright red) obstacle.

clicking in a segment breaks so you can wait until the character is facing a specific direction before changing the location.

You need click and drag a segment to another position to swap their locations. In the example above, segments one and two will change position. Your objective is to complete the objective of the scene.

How to complete the Paper Theater Homecoming scenes in Genshin Impact

Talk to Yinggong to start Paper Theater. The Brave Bearded Hero: Homecoming contains three scenes. Here’s how to complete them all.

While the character is looking rightchange the positions of segments one and two so that the vase is behind the character. This will give the character a clear path to the door, completing the scene.

For this scene, the direction of the character’s movement is very important, so act fast! If you make a mistake, you can reset the performance using the button at the bottom right of the screen.

While the character is looking rightchange the positions of segments one and two so that the trap is behind the character.

Wait until the character start facing left. When this happens, immediately change the positions of segments two and three. This will allow the character to enter the door while walking west, avoiding the trap in the first segment.

The first segment is locked at the beginning of the scene, so you have to change the positions of segments two and three. Yubing (the female character) should be on the right side of the screen.

Wait until the character is in the second segment Y turn left. Once this happens, immediately change segments two and three. This will create a path for the character to directly meet Yubing with no obstacles between them.

Take a break with TCG! Check out our guide on the Genshin Impact TCG: Should I Use the Klee or Beidou Character Cards? here at MyFullGames.