The best MMORPGs in 2023: current and future - MyFullGames
Skip to content

The best MMORPGs in 2023: current and future 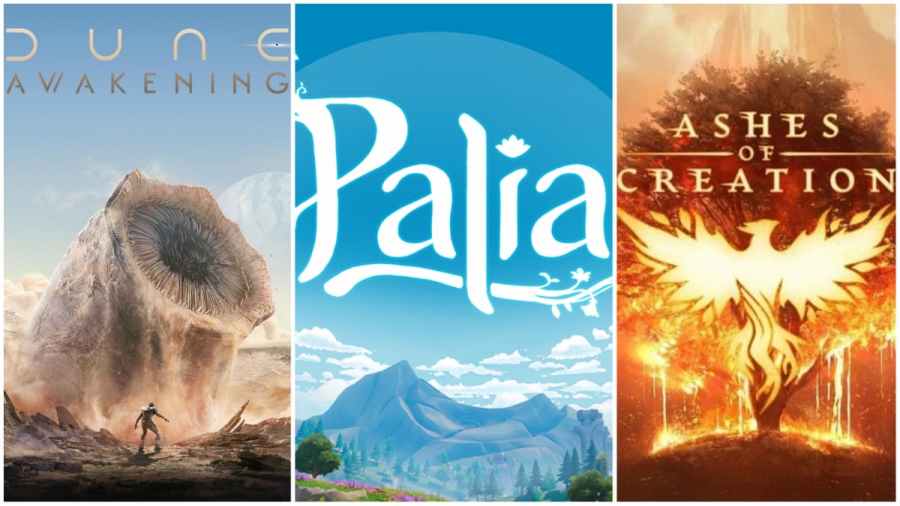 Image by MyFullGames via Singularity 6, Intrepid Studios and Funcom

Ever since Everquest, Ultima Online, and Asheron’s Call took the gaming world by storm in the late 1990s, massively multiplayer online role-playing games, or MMORPGs, have consumed millions of hours of gameplay on our PCs and consoles. Many titles have come and gone, with shiny new titles arriving each year hoping to join the list of classics still online today. Below you’ll find our list of the best MMORPGs in 2023, both current and upcoming.

Five of the games are now well established and have a strong user base, while the mixed ones are five new titles which we hope will hit our screens in 2023. All new games have alpha and/or beta tests in 2022, but the history of MMORPGs is littered with missed deadlines and games that fall short of the line. So don’t be too surprised if some of these games’ release dates end up being pushed back to 2024 or beyond.

Bringing the beloved Elder Scrolls fantasy universe online always had the potential to be a huge success, and thankfully, Bethesda’s Elder Scrolls Online (ESO) delivered. While not the oldest game on this list, ESO is only a year away from its 10th anniversary. Have sold millions of copies and still boasts a daily cross-platform player count in the hundreds of thousands. Once you buy the base game, it can be played with no monthly fee, but there is also a lot of DLC that can be purchased. Combat and leveling are skill-based with action elements, along with crafting, guilds, and housing. Both PVP and PVE are viable leveling options.

Blizzard’s World of Warcraft is arguably the most successful and important game in the history of the genre. Despite not being anywhere near its peak player base of around 12 million players back in 2010, when it was already over five years old, Blizzard’s PC-only cartoon-style fantasy world still boasts million subscribers today. The last few years have been difficult, marked by controversial updates and internal conflicts, but 2022 Dragonflight Expansion received much more positive feedback. You can play the game in a limited capacity up to level 20 free, but beyond that, there is a monthly fee and additional costs for expansions. Expect skill-based combat, raids, lodging, and instanced PVP alongside the main PVE story.

While perhaps a controversial addition to the list, the upcoming community simulation game Palia has all the makings of an MMORPG while not be focused on combat. Aiming for a 2023 release, the game will focus on developing skills such as foraging, hunting, mining, furnishing, and gardening, and players will create communities together. The unique world of Palia has a cartoonish high fantasy style with an open world to explore, with some combat included, but no PvP. Will be free to playwith monetization through cosmetic items via an in-game store.

Fantasy MMORPG New World is an action-based experience, which has a lot of PVE content. After a huge 2021 Steam launch that saw the PC-only title peak at just under a million concurrent players, but heavily criticized early development after launch, New World came close to collapsing. It fell unevenly between two stools, failing to satisfy either sandbox MMO or theme park fans. but a few updates welcome as of close of 2022 watched as new life was breathed into the title. PVE players can wait a challenging experience, but PvP players are having problems due to the drop in the size of the player base. Housing and crafting are also available, and the game has an upfront cost and an in-game shop, but no monthly fee.

6. The awakening of the dunes

Dune Awakening developer publisher Funcom has a long history in the MMORPG genre and has developed the Anarchy Online, The Secret World, and Conan titles with varying degrees of success. The recent rise in popularity of the Dune sci-fi universe makes this a game to watch as the game promises a ambitious open world survival MMO experience. Early signs suggest that exploration and fortress building will be key elements of awakening of the dunes but there is nothing concrete yet. It will release on console and PC, but there hasn’t been anything resembling a date announcement. Steam says, Coming soon, but take that with a big pinch of salt.

5. Pantheon: Rise of the Fallen

The high-fantasy MMORPG made big strides toward release in 2022, with monthly alpha testing starting in January 2023. It has many familiar fantasy tropes, with dwarves and elves as races, featuring clerics, paladins, rogues, etc. like classes. But Pantheon also boasts climbing, perceptionY acclimatization as key unique features. And he’s also making it clear that teamwork will be key in what is clearly intended to be a tough game. aimed at veteran RPG players. A 2023 release may be bullish, but it’s not out of the question.

Getting to play in a perpetual universe of Final Fantasy was always going to be a popular MMO. It had very rocky starts, but has continually improved, moving forward when many titles from the same era fell back. Despite its initial release dating back to 2010, Final Fantasy is consistently one of the best performing MMORPG titles on Steam. However, this only scratches the surface of the player base of this cross-platform hit, which extends to millions. You can play this fantasy game for free up to level 60with later expansions at additional cost.

The upcoming open-world high-fantasy MMORPG Ashes of Creation seems to tick all the boxes for traditional MMOs. The scope of the game promises large scale siege warfare, elaboration and trade, and both PVE and PVP content. The plan is for player actions to have in-game connotations thanks to a reactive world, but it’s unclear how this will pan out. Ashes of Creation has been in development for five years, with a strong team of AAA MMO veterans behind that. But while we know that the game is in alpha two testing and will be PC-only, there is no official word on the release date.

There is a lot of expectation around the magnificent aspect Blue Protocol as its launch approaches in 2023. will be the ultimate anime inspired MMORPG released under the Amazon Games banner, this time in partnership with Bandai Namco. The game will be released in Japan in the first half of the year and in the West in the second. Will be free to play and available in both console and pc, with cosmetics available at a cash store. In terms of gameplay, the weapon you choose at any given time will dictate the class you play as, with dungeons and PvE content for both single player and small groups.

After much anticipation, the action-based MMORPG Lost Ark has hit the west after huge success in Korea. Since its release in February 2022, the PC title Lost Ark has consistently been at the top of the Steam gamer charts in terms of MMOs. It continued to perform well thanks to regular content updates, facilitated by the fact that the western version currently lags behind the eastern original in content. while having a long story and a huge explorable worldthe content of the end game concentrates on raids Y pvp contents. This largely free-to-play, but with a cash shop that offers many upgrades. Crafting is limited, but players have their own island to work on and plenty of collectibles to find.

Looking for more lists of the best game titles? Take a look at the best indie games of all time and the The funniest video games of 2022 here at MyFullGames!